Pick it up and play it: why we make music

Is what we play (and how we play it) set in stone before we pick up an instrument for the first time? Or is talent merely a product of amazing coincidences?

A sober, 52-year-old Kurt Cobain leads Nirvana out for a world tour in support of their 11th studio album. Buddy Holly and Richie Valens choose to take the tour bus to Moorhead, Minnesota rather than chartering a plane. Alf Lennon succeeds in his plan to emigrate to New Zealand, meaning his six-year-old son John never meets a boy called Paul McCartney at a Liverpool church fete in 1957.

Modern music history is strewn with plenty of these Sliding Doors moments, where our known pop reality seems to be decided by the flip of a coin. But few of them fascinate and befuddle quite like the near-miss that is Eddie Van Halen: rock ‘n’ roll drummer. No, that isn’t a mistype. When Pasadena schoolkids Alex and Eddie Van Halen first broke free of the shackles of their concert piano lessons (inspired by a world-shaking blast of the Dave Clark Five’s Glad All Over), it was Eddie who took up the drums while Alex began to learn guitar. But then, as Alex dabbled on the skins – infamously nailing the rolling surf licks of The Surfaris’ Wipe Out – Eddie surrendered his stool, started to swing the axe and became one of the most inventive and influential guitar virtuosos of all time.

And he isn’t the only musician to have started out toiling with one instrument only to discover that, for whatever mystical reason, a different piece of brass or wood provided a better vehicle for their talent. Jack White started out as a drummer before he became a master of the muscular, amp-frazzling guitar style that made The White Stripes so thrilling. Joanna Newsom was a pianist before she brought an inimitable modern sensibility to the harp. Onetime drummer Joey Ramone only became his band’s lead vocalist when DeeDee Ramone realised he couldn’t sing and play bass at the same time.

Everywhere you look, there are examples of players unlocking some new level of skill or creativity, once they surrender to their destiny and are paired with the ‘correct’ instrument. Of course, bands are businesses as much as anything else. And so mid-career instrument-switching that is prompted by the sudden departure of a member (as with Paul McCartney’s transition from guitar to bass after Stuart Sutcliffe’s 1961 exit) can probably be filed into a separate but related category. Then, of course, there are the multi-instrumentalists who can excel on anything. The Princes. The PJ Harveys. The Trent Reznors. But that still leaves us with the question of why certain people are particularly drawn to a particular sonic tool. Is it about the way something feels? A tactile connection that delivers a thunderbolt of revelation? The truth of it is, it can often simply be a happy accident.

“My dad was a pastor – which meant I had early access to the church’s piano organ and drums – but he also worked in the postal system,” says jazz saxophonist Kirk Whalum. “And I guess he must have been bragging about me at work, saying what instruments I could play, and his friend said, ‘Do you know what? I’ve got a bass and an amp sitting in my attic. I’m going to go and get it and give it to your boy.’” Thus, Whalum – who would make his name and win a Grammy as a master of the tenor saxophone – began his musical life as a bassist. By the time he ventured to Texas for college, Whalum was fully focused on the sax. But he is quick to point out that the perceived lines between instrumental disciplines are perhaps blurrier than we would expect. “I did identify with the bass and if I kept it up I could have been pretty good,” he says. “But the pairing of those two instruments is interesting. I can name you three other guys that play the bass and the saxophone.”

For Katherine Blamire – guitarist and singer in British folktronica duo Smoke Fairies – her childhood shift from one instrument to another represented a crucial creative emancipation. “I started with the piano, having lessons with a teacher who was really strict,” says Blamire. “It was this rigid way of learning and I was being taught scales so I had a love/hate relationship with it. The guitar became so important to me because it was a rebellion against that. It represented freedom. It was portable. And I didn’t have any predefined idea of what I was supposed to do on it. Which meant the possibilities were limitless.” This notion of rebellion – of kicking against expectations with your instrument choice – strikes a chord. Particularly in light of the fact that a certain Miles Davis initially disappointed his violinist mother when he chose the trumpet over the violin. 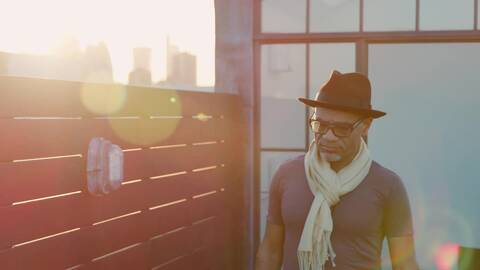 You are what you play… or are you?

But, just as important, is the idea that nascent players can imbue certain instruments with particular traits or characteristics that they find alluring. In its most extreme form, this can lead to particular instruments belonging to a particular social class or gender. “I would say that some of it is family suggestions and pressure,” agrees Keith Negus, professor of musicology at Goldsmiths College in London. In fact, there has been a deep exploration into the gendered nature of the instruments chosen by school children (often as young as the age of five) that offers a fascinating insight into this musical anthropomorphising.

As noted in Colleen Conway’s 2000 research paper, Gender and Musical Instrument Choice, respondents tended to project all sorts of desires and hopes onto their chosen piece of kit. A diminutive female baritone player talks about the comforting heft and sound of her instrument; a talkative male trumpet player jokingly described his horn as a useful destination for his “hot air”. And this notion of personalities and certain instruments synching up brings us to another assumption when it comes to instrument choice. Aren’t some people merely wired to be guitarists or trombonists or clarinet players? Doesn’t classical violin attract a specific sort of mercurial, intense sensibility? Is it not the case that drummers always have something primal and ferocious lurking within them? Well, yes and no.

“I think that certain people are more suited to excel at certain instruments,” says Whalum. “There’s a personality type that really makes for a better keyboard player or pianist because they tend to be balanced between the right and the left brain. Whereas those of us who are guitar players or saxophone players, we’re pretty much all right brain.” He pauses and chuckles. “A pianist can do his own taxes, you know?” Though, in the matter of wild drummers, it seems The Who’s Keith Moon (and the snare-thwacking Muppet that was modelled on him) have a lot to answer for. “With drummers I think it breaks down more along the lines of genre,” explains Whalum. “A drummer who is attracted to rock ‘n’ roll will tend to have a little bit of nervous energy. But drummers I know who play traditional jazz tend to be very cerebral.”

Blamire, meanwhile, takes it even further, suggesting that someone’s particular approach to a chosen instrument can be far more revealing as far as temperament goes. Think of Jimi Hendrix’s flamboyant fretwork versus Keith Richard’s laconic otherworldliness. “I think you can really see people’s personalities in the way they play, rather than in what they play,” she notes.

Ultimately, whatever instrument people choose to master, one thing that tends to mark out the real greats is a supremacy at more than one thing. Those of us on the outside tend to crave the neatness of boxes and brackets; the intense, singular focus of a guitarist or drummer or pianist working to attain a kind of intense, creative purity and perfection. But for most musicians, the magic really comes when they embrace the unfamiliar; when they terrify and challenge themselves.

“Playing an instrument you’re not familiar with takes you spinning off in all these unexpected, interesting directions,” says Blamire. “There’s this whole new landscape of ideas that form in front of you, inviting you to come and play.”

If you are truly good, no matter what is in your hands or under your fingers, well, you can make magic happen.